Today marks the release of an updated version of my Open in IE add-on for Firefox. This add-on is utilized by over 10,000 people on a daily basis to open certain sites in Internet Explorer that don’t work correctly in Firefox. I originally developed this to addressmy own frustrations, but I am thrilled to see that so many other people have benefited from my work.

This update fixes a couple nagging bugs which I had received feedback about. But it also marks a major change in the architecture of the add-on. Prior versions were XUL-based, meaning they contained a mix of XML and JavaScript to modify the browser chrome—adding menu items, a toolbar button, and an options window—and handle click events. With that architecture, the functionality was spread over several different files and folders, some XML, some JavaScript. Even for me as the lone developer, it was a confusing mess every time I revisited it to make updates. From the user perspective, the main drawback of this approach was thateach install or update required youto restart the browser in order to see the new functionality.

The new version is what Mozilla calls a “bootstrapped” extension. With the new add-on architecture, the user does not need to restart the browser after installing or updating the add-on. It is immediately incorporated into the browser’s UI and functionality. But behind the scenes, in the code, the changes are radical. Radical, but definitely better! All the same functionality was accomplished with just two JavaScript files and a handful of icons. An SDK provided by Mozilla made the transition as painless as possible, with command-line tools for creating the files, loadingthe add-on for testing in the browser, and packaging everything up for deploying to the add-on site. A future blog post will detail the steps involved in this transition.

Also, I’m happy to announce that the add-on is officially open source! While you have always been able to download the xpi file and open it up to see what’s inside, I have now posted the source code to GitHub. That means you can browse the code yourself and see how it works. Also,if there is a specific feature that you would like to see in this add-on, you can code it yourself and create a pull request to get it incorporated in the released version. Enjoy!

With the release of Windows 10, Microsoft is retiring Internet Explorer and replacing it with a new browser named ‘Edge’. The Open in IE add-on can be madeto target Edge by changing the path to IE in the options window. But to make life easier, and to keep the statistics separate, I will be publishing a new add-on that targets Edge by default. Look for this new release around the time of the Windows 10 release. 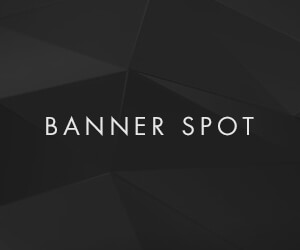